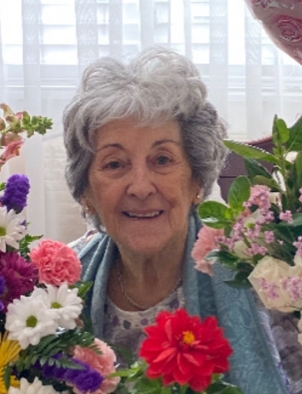 In lieu of flowers

Christina Bernadette Kelly 2/12/1937-6/23/2020 has passed away after a battle with cancer. Born in Dublin, Ireland, Christina emigrated to Bay Shore, Long Island, New York in 1986. Beloved wife of Donal Kelly for 58 years. Cherished mother of Maria Kelly-Salob, Denise Kelly and Christine Kelly. Adored grandmother of Sarah Salob. Mother-in-law of Lawrence Salob and of future son-in-law, Dharam Gandiappalasami. Dearest sister of Joseph and Noel Dromgoole. Daughter of Christina and Joseph Dromgoole, and sister of Dolores Fitzpatrick and John Dromgoole, Daughter-in-law of John and Annie Kelly, who preceded her in death. Sister in law to Patrick, Marie, Breda, Maura, Maureen, Margaret, Mary and Kay. Treasured cousin, aunt and great-aunt. Sadly missed by many friends. In lieu of flowers, it was Christina’s wish that donations would be made in her memory to the American Cancer Society. Many thanks to all those who enhanced Christina’s wonderful life.

Share Your Memory of
Christina
Upload Your Memory View All Memories
Be the first to upload a memory!