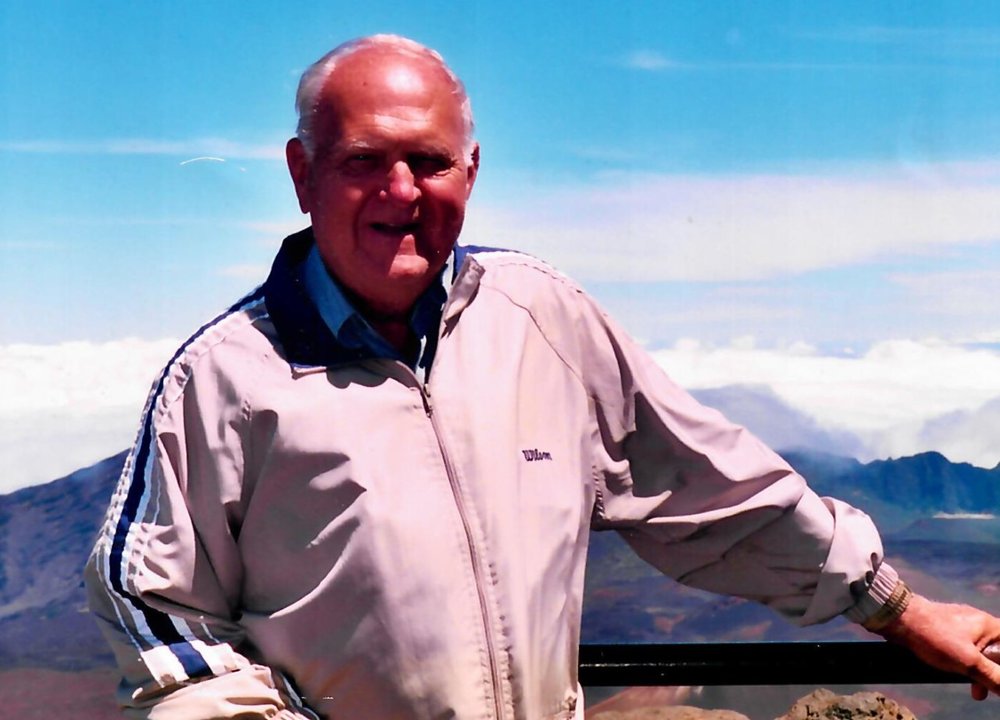 In lieu of flowers

VILIM- Edwin, of West Islip, LI on June 22, 2020. After a brief illness, Ed has gone to his peace and his Lord. Ed was born in Park Slope, Brooklyn, on January 3, 1927. He was the youngest and last surviving of 6 children. Ed was predeceased in 2017 by his wife, Bunny, of 66 years. Ed joined the National Guard in 1947 and in 1951 was called to service in the Korean Conflict where he served for 8 months with the 955th Field Artillery Battalion. He rose to the rank of Master Sergeant and saw a great deal of action as both an artilleryman and a forward observer of the enemy. After his return home, Ed and Bunny settled into a home in Valley Stream, NY and then moved West Islip, New York, where they lived for the next 64 years. Contributing mightily to the Baby Boom Generation, the couple raised five children - Gary, Guy, Brooke, Jan (Garet) and Glen (Laurie), all of whom survive Ed. As a grandfather, Poppy had 9 Grandchildren - David (Allison), Heather, Matthew, Brooke (Cele), Alex (Samantha), Samantha, Carter, Nolan, and Spencer and two Great Grandchildren - Greyson and Bailey. Ed was an active and loving parent and especially enjoyed connecting with each successive generation of his family.

Ed retired in 1983 from his career with New York State but later became a well-recognized host at the Robert Moses State Park beach golf course, where, into his 92d year, he manned the starter window. Ed was extremely active in two causes close to his heart – the West Islip Association, where he aided efforts to preserve the town’s history and the Soaring Eagle, a public charity founded by Father Emmett Hoffman to support enhanced health and educational opportunities for members of the Cheyenne Nation. Ed was also a devout Catholic and, as a parishioner at Our Lady of Lourdes in West Islip, attended mass on an almost daily basis. Ed was also an avid researcher into his family’s history and assembled a massive family tree dating back several centuries in the Czech Republic. Ed’s family and friends will always remember him as a man of enormous humor who was possessed of a thrifty zest for life, unbridled geniality, and an unmatched ability to not only enjoy a party, but to be the life of one as well. We will miss him dearly, but we are comforted knowing that he has reunited with the love of his life and together, they will be laughing and rejoicing with the many friends and family who have gone before him. In lieu of flowers, we ask that donations be granted to one of two charities – The Good Shepard Hospice, Catholic Health Services in Farmingdale, NY at goodshepardhospice@chsli.org or the Soaring Eagle, a Public Charity, at soaringeagle.org Reposing at The Fredrick J. Chapey & Sons West Islip Funeral Home, 1225 Montauk Hwy. (1/4 mile west of the Robert Moses Cswy.). Celebration of the Liturgy of Christian Burial Thursday morning at Our Lady of Lourdes R.C. Church, West Islip, LI. Interment to follow at Calverton National Cemetery, Calverton, LI. Visitation Wednesday 2:00 PM until 4:00 PM and 7:00 PM until 9:00 PM.

Share Your Memory of
Edwin
Upload Your Memory View All Memories
Be the first to upload a memory!