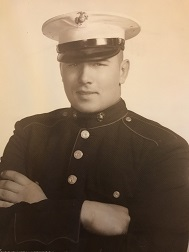 All Services Are Private.

Giaocchino “Jack” Spiezio died on Saturday, May 16, at the age of 84. He is survived by his children, Julie and partner Carolyn Cobb, John and wife Sheila, and James and wife Beate; his five grandchildren, Caroline, John "Jack,” Olivia, Joseph, and Daniel; and his rescue dog Kit Kat. He is predeceased by his wife of 58 years, Elizabeth “Betty” (née Byrne). It’s impossible, in the few paragraphs available here, to summarize the life of a man whose adventures could fill a three-hour film. But here is a try: Jack was born on June 25, 1935, in a green house in Greenpoint, Brooklyn, nestled under the BQE (he would later deem this house his “National Monument,” viewed on rides home from Bamonte’s). His family moved to then-rural Hicksville, where he spent most of his childhood. As a young man, Jack left New York and saw the world. He joined the Marines and was stationed in Hawaii and Japan during the Korean War. He traveled the U.S. with his closest Marine friends, American Indians who sparked in him a lifelong passion for supporting indigenous communities. Jack went on to visit all 50 U.S. States and much of Africa and Europe. He settled down where he started: New York. At 22, Jack became a husband and, not long after that, a father. He raised his children in Massapequa Park and shared with them his love for hiking, fishing, hunting, history, and good Italian food. When his grandchildren were born, he loved them unconditionally. He was their biggest fan and he let them, and everyone else, know it. Outside of the home, Jack was a successful business owner and aerospace entrepreneur, building parts that landed on the moon. He was a judo wrestler, a shark whisperer, and a friend. He wanted to leave the world better than he found it. The family suggests donations in Jack's memory to the Wind River Foundation, the Marine Corps Scholarship Foundation, and Greenpeace. Arrangements entrusted to the Fredrick J. Chapey & Sons Funeral Home. www.chapeyfamily.com

Share Your Memory of
Gioacchino "Jack"
Upload Your Memory View All Memories
Be the first to upload a memory!